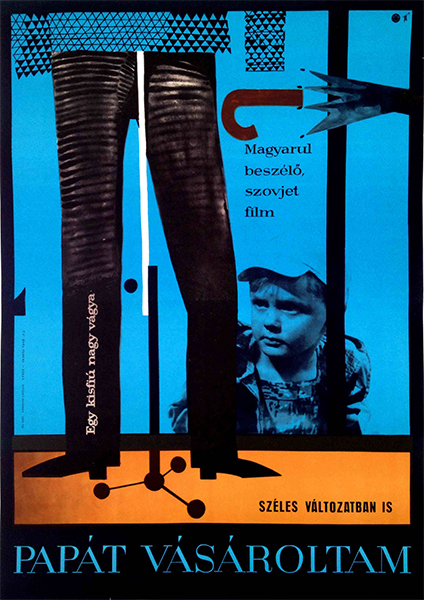 I've Bought Myself a Father

Near mint, one small tear on the bottom.

I've Bought Myself a Father (Ya kupil papu) is a charming Soviet film about the small son of a single mother. Dimka feels left out at nursery school because the other boys play at emulating their fathers. He believes that when his mother bought him at the store she didn't have enough money to buy a father too. So he plays hookey from nursery school and takes his small hoard of coins down to the GUM (he has seen male mannequins in the window) and attempts to buy a father, but he is merely scolded for holding up the line. A young man rescues him and takes him on a big-brotherly outing before returning him to his frantic mother.

Signed 'Egy' on the right.