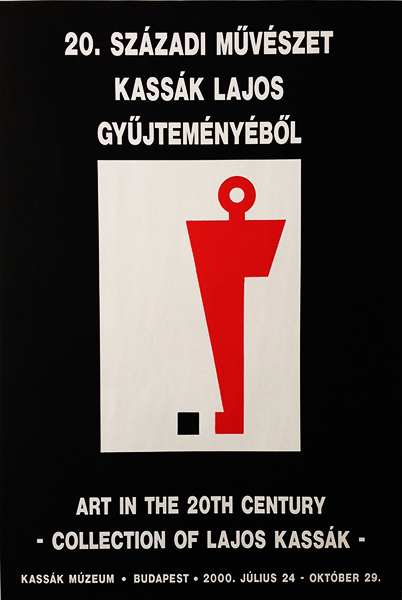 Exhibition poster of Kassák Museum. On the 24th of July in 2000, an exhibition of the collection of Lajos Kassák started.

Kassák was one of the most prominent Hungarian avant-garde artists. He was a poet, a writer and an artist. He had two journals, Ma (Today) and Tett (Deed), which were widely acknowledged among thinkers of the avant-garde era. Kassák Museum was founded in 1976 and it owns the heritage of Lajos Kassák. Besides taking actively part in researches considering the avant-garde movement, it often organizes exhibitions.