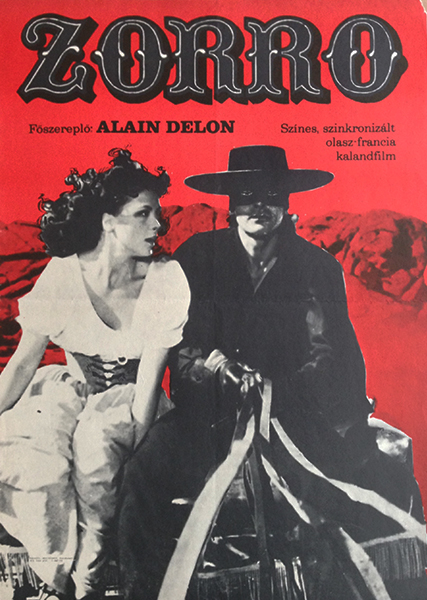 Zorro is a 1975 Italian/French film based on the character created by Johnston McCulley. Directed by Duccio Tessari, it stars famous French actor Alain Delon as Zorro. The film is the only Zorro film to take place in South America, rather than the traditional California or Mexico. Made in Italy, the film has many spaghetti western elements in it. The story: A newly arrived governor finds his province under the control of the corrupt Colonel Huerta. To avoid assassination by Huerta, he pretends to be weak and indecisive so Huerta will believe he poses no threat. But secretly he masquerades as Zorro, and joins the monk Francisco and the beautiful aristocrat Hortensia in their fight for justice against Huerta and his soldiers. (source: wikipedia.org, imdb.com)