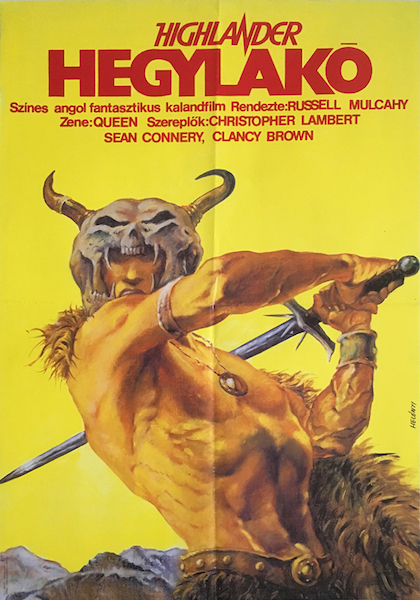 The film was directed by Russell Mulcahy and based on a story by Gregory Widen. It stars Christopher Lambert, Sean Connery, Clancy Brown, and Roxanne Hart. The film depicts the climax of an ages-old battle between immortal warriors, depicted through interwoven past and present day storylines. (source: wikipedia.org)

The poster depicts an ancient barbarian-like hero which is different from the main character in the film, but similarly to Helenyi's Star Wars poster series and his Alien poster, the artist created an own visual appearence and context of the character here.