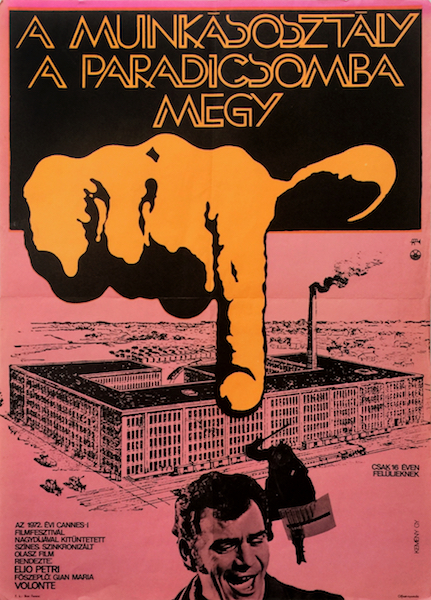 Working Class Goes to Heaven, The

The Working Class Goes to Heaven (Italian: La classe operaia va in paradiso) is a 1971 political drama film directed by Elio Petri. It depicts a factory worker's realisation of his own condition as a simple "tool" in the process of production and, implicitly, his struggle with the trade unions. The film competed at the 1972 Cannes Film Festival, where it tied for the Grand Prix International du Festival, the highest honour. In Italy, it also won the David di Donatello for Best Film. (source: wikipedia.org)