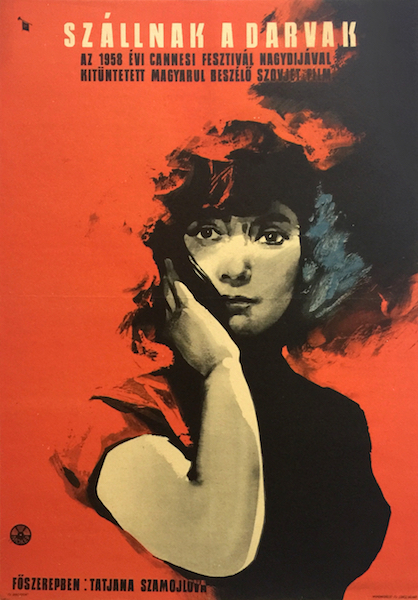 Cranes Are Flying, The

The Cranes Are Flying (Russian: Летят журавли, translit. Letyat zhuravli) is a 1957 Soviet film about World War II. It depicts the cruelty of war and the damage suffered to the Soviet psyche as a result of World War II (known in the Soviet Union as the Great Patriotic War). It was directed at Mosfilm by the Georgian-born Soviet director Mikhail Kalatozov in 1957 and stars Aleksey Batalov and Tatiana Samoilova. It won the Palme d'Or at the 1958 Cannes Film Festival, the only Soviet film to win that award, although The Turning Point (1946) was one of eleven films awarded that year's Grand Prix, the predecessor of the Palme d'Or.

The Cranes Are Flying