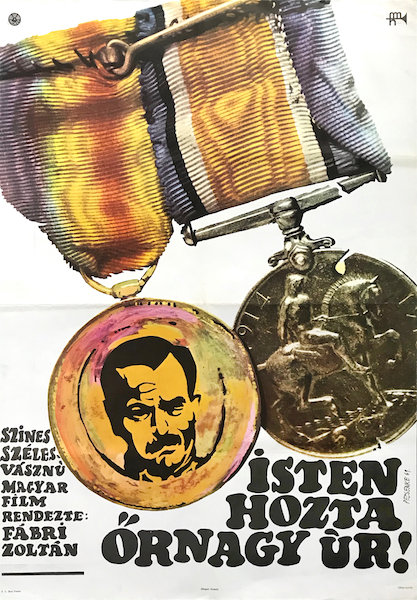 The Toth Family is a 1969 vintage Hungarian movie poster designed by Jozsef Pecsenke.