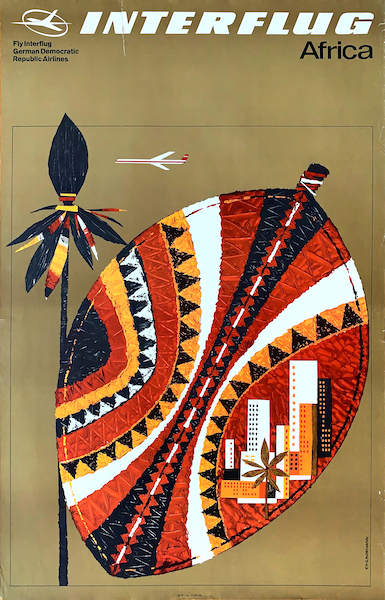 Fine, some creasing, a few tears, one larger at the top border.

Vintage German Mid-century modern airline travel poster. Interflug was the national airline of the Democratic Republic of Germany from 1963 to 1990. Until 1945, Deutsche Luft Hansa had served as German flag carrier. Following the end of World War II and the subsequent allied occupation of Germany, all aircraft in the country were seized and the airline was liquidated. In 1954, a West German company acquired the Lufthansa trademark.