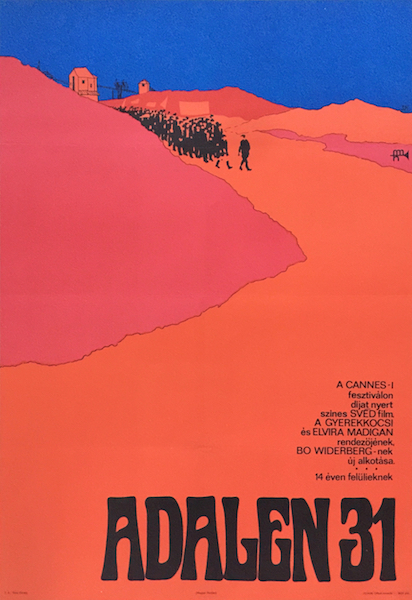 Ådalen 31 (Released in the United States as Adalen Riots) is a 1969 Swedish drama film directed by Bo Widerberg. It depicts the 1931 Ådalen shootings, in which Swedish military forces opened fire against labour demonstrators in the Swedish sawmill district of Ådalen killing five people, including a young girl. The film was X-rated in the United States. It won the Grand Prize of the Jury at the Cannes Film Festival and was nominated for the Academy Award for Best Foreign Language Film. (source: wikipedia.org)