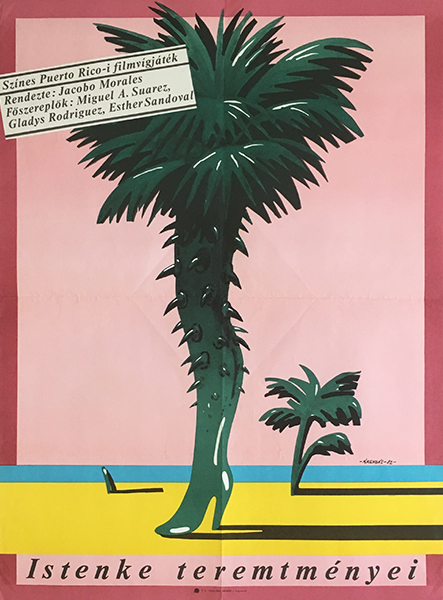 ...And God Created Them

...And God Created Them is a 1982 vintage Hungarian movie poster released in Hungary in 1983, designed by Jozsef Arendas.

Consists of five stories: "Dios los cría...", dealing with brothers' rivalry for an inheritance; "Negocio redondo", about a lawyer selling a property to the Catholic church with guilty feelings; "Entre 12 y 1", where a couple and a close friend get trapped in an elevator; "La gran noche", a night in the life of an old prostitute; and "La otra", where a man alternates between two women.