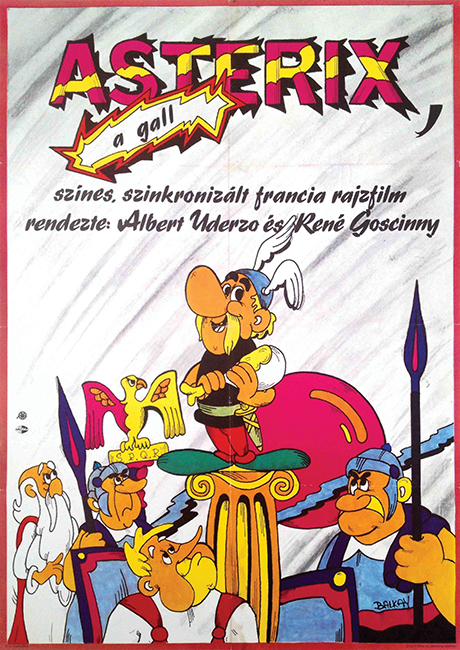 Asterix the Gaul is a 1967 Belgian/French animated film, based on the comic book of the same name, which was the first book in the highly popular comic series Asterix by René Goscinny and Albert Uderzo. In the year 50 BC Gaul is occupied by the romans - nearly. But the small village of Asterix and his friends still resists the Roman legions with the aid of their druid's magic potion, which gives superhuman strength. Learning of this potion, a Roman centurion kidnaps the druid to get the secret formula out of him. (source: imdb.com)