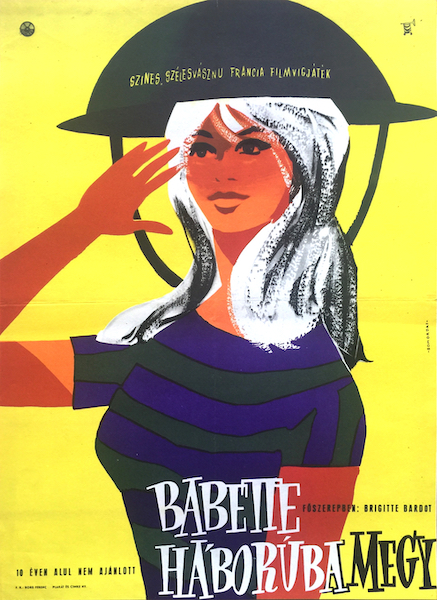 Babette Goes to War is a 1960 vintage Hungarian movie poster designed by Imre Somorjai for a dilm released in 1961.

Comedy about a naive French country girl in London who helps the war effort by parachuting into German-occupied France to help kidnap an important German general. She bungles through to a heroic finish of plot and counter-plot.