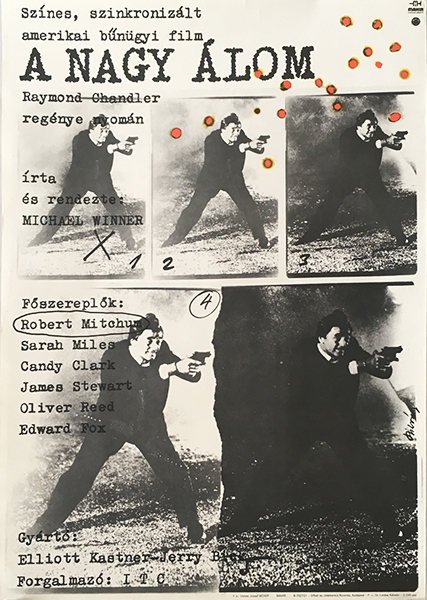 Fine, light creases along the border.

Set in England, rather than California, the story follows Raymond Chandler's book fairly closely otherwise. Philip Marlowe is asked by the elderly (and near death) General Sternwood to investigate an attempt at blackmail on one of his daughters. He soon finds that the attempt is half hearted at best and seems to be more connected with the disappearance of the other daughter's husband, Rusty Regan. Rusty's wife, seems unconcerned with his disappearance, further complicating the mystery. Only General Sternwood seems concerned as mobsters and hired killers continue to appear in the path of the investigation (source: imdb.com).