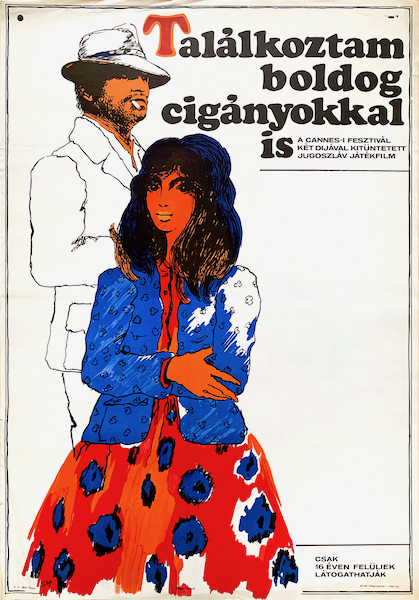 I Even Met Happy Gypsies

I Even Met Happy Gypsies is a 1968 vintage Hungarian movie poster designed by Margit Sandor.

I Even Met Happy Gypsies is a 1967 Yugoslav film by Serbian director Aleksandar Petrović. Its original Serbian title is Skupljači perja, which means The Feather Gatherers. The film is centered on Romani people's life in a village in northern Vojvodina, but it also deals with subtler themes such as love, ethnic and social relationships. Beside Bekim Fehmiu, Olivera Vučo, Bata Živojinović and Mija Aleksić, film features a cast of Romani actors speaking the Romani language. I Even Met Happy Gypsies is considered one of the best films of the Black Wave in Yugoslav cinema. (source: wikipedia.org)

Tensions arise in a Gypsy community when a local feather seller falls in love with a much younger girl.