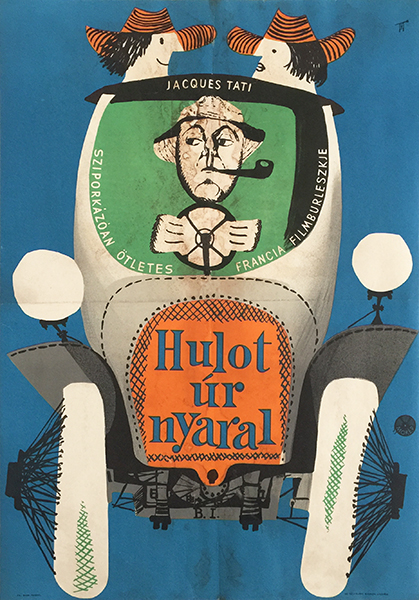 Les Vacances de Monsieur Hulot (French: Les Vacances de M. Hulot; released as Monsieur Hulot's Holiday in the US) is a 1953 French comedy film starring and directed by Jacques Tati. It introduced the pipe-smoking, well-meaning but clumsy character of Monsieur Hulot, who appears in Tati's subsequent films, including Mon Oncle (1958), Playtime (1967), and Trafic (1971). The film gained an international reputation for its creator when released in 1953. The film was very successful as it had a total of 5,071,920 admissions in France. (source: wikipedia.org)