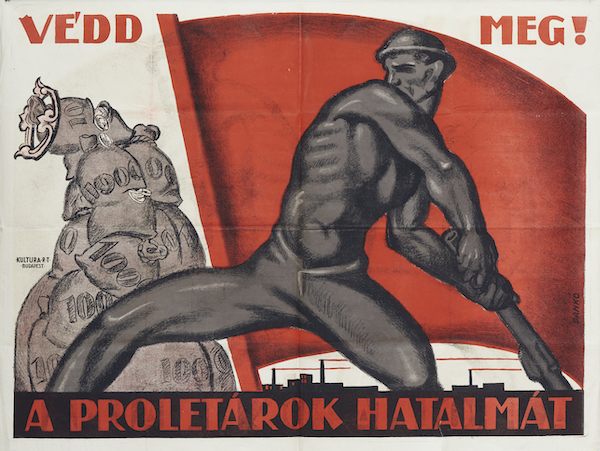 Protect! The Power of the Proletariat

Protect! The Power of the Proletariat is a 1919 original vintage Hungarian avant-garde communist propaganda poster by Odon Danko.