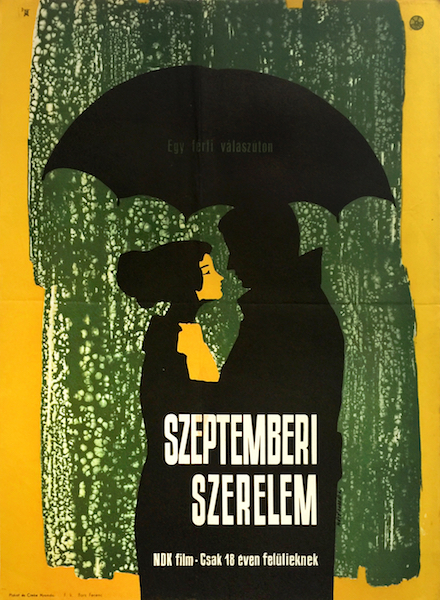 September Love (German: Septemberliebe) is an East German film directed by Kurt Maetzig. It was released in 1961.

Leading chemist Hans Schramm is betrothed to Hanna, but falls in love with her younger sister Franka. The two attempt to repress their feelings, but eventually begin an affair. When Hans is extorted by a group of West German agents, who demand to know about his secret work, he is griped by panic and decides the only way out is to flee to the West. Franka discovers his plans and informs the Stasi. Hans perceives it as betrayal at first, but after all ends well, he realizes she only wanted the best for him. (source: en.wikipedia.org)