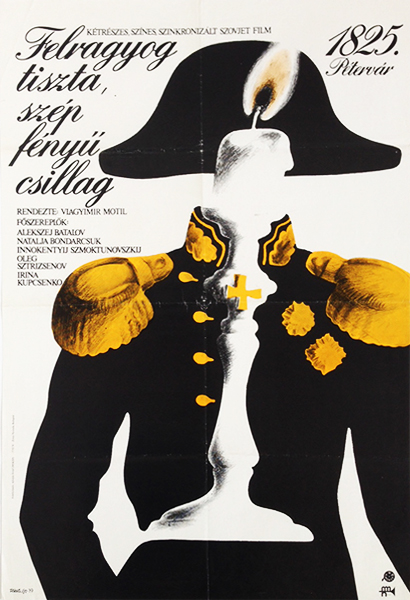 Star of Fascinating Happiness, The

In December 1825, distinguished members of the Russian military, most of whom were quite affluent and of noble lineage, took it upon themselves to stir revolution against the autocratic and tyrannical Czar Nikolai I in the wake of his not honoring (or even acknowledging) the drafting of a constitution for the Russian people. The revolution failed miserably and the conspirators (known as the Decembrists) were weeded out by the czar himself. One by one, each of the conspirators confess and are systematically exiled to the harsh winters of Siberia, slated to work and wither in a prison/mine. The wives of the conspirators are faced with the prospect of leaving the bosom of wealth and family (including their own children) to be with their husbands in the brutal Siberian locale. If they agree to this, they face having their illustrious social stations stripped away and certain disdain from everyone around them. Among these remarkable women is a princess exiled from France who falls in love with a man soon to be exiled. The film is the story of their unfathomable sacrifice and their dogged desire to be reunited with the men they love, despite the conditions and the circumstances. (source: imdb.com)