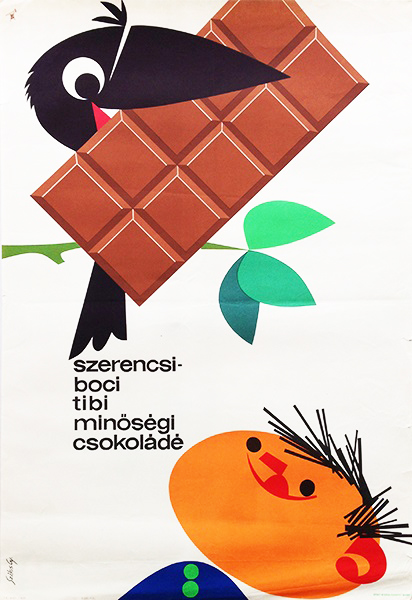 The confectionary industry of Hungary encountered serious problems after World War II: losses of the former mechanization, deficit of the needed raw materials, moreover, the fact that this industry was considered to be too luxurious for the weakened economy of the country. The industry was nationalized in 1948, as were numerous factories in the economic life of the country in the following Socialist era. There was no free market, but all the existing companies were integrated in the Hungarian Confectionary Industry Company which was controlled by the Socialist leadership. The production was centralized and it received a very low amount of money hence lower quality products were manufactured. Many different versions of chocolate were made with fancy names, however, there were no big differences. The ones available for the masses contained a lower percent of pure cocoa powder, and no cocoa butter as it was replaced by some cheaper, locally available plant oils. The lower quality products were usually artificially flavoured and sugary fillings were added to them in order to boost the taste. There were also chocolate bars without filling which needed to have a higher quality, and with the gradual rise of the industry the overall quality of the products was also improving. There was a statewide price reduction in the 1960s which made it possible for customers to afford the better quality products. It was accompanied by a clever marketing and skillful, humorous commercial propaganda which gained a huge popularity for these goods.

The Szerencsi chocolate brand was founded in the beginning of the 1920s. Its first product was pure, quality chocolate powder, but new ones soon appeared. Boci, a milk chocolate product of the company, was one of them. The factory had its own milk-farm to produce the neccessary milk for it. Tibi chocolate was found in 1941, by another famous chocolate company, named after Frigyes Stühmer. The brand had long traditions in Hungary, but just like the Szerencsi company, it was nationalized in 1948. Afterwards these companies weren't strictly differentiated since the question of production phases, creation of given products, etc. was decided by the political leadership, not by the company's own strategy. This can be the reason why tibi chocolate is listed as a product of Szerencsi brand on this poster.

The poster was designed by Győző Szilas, one of the prominent graphic artists of the period. In the 1960s, he created modern compositions mostly in a humorous manner, using a large inventory of techniques, such as photomontage, paper cutting, drawings, and special fonts. This design is a lovely piece, targeted at children with the simple, flat shapes, cartoon-like figures and colourful portrayal. The paper-cut and painted composition reminds the viewer to a well-known tale with the raven and the fox, although here the raven doesn't hold a piece of cheese, but the yummy and prescious delicacy, the advertised chocolate.