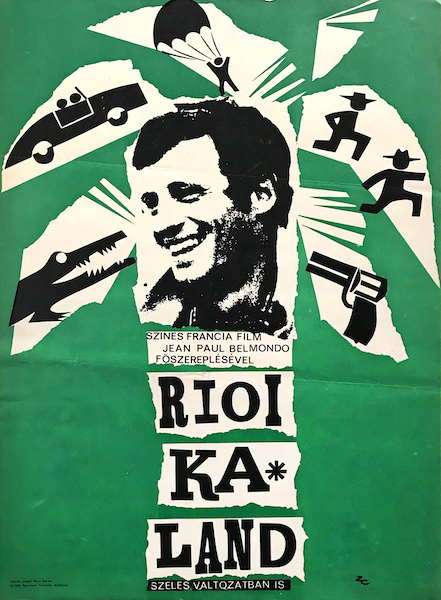 That Man From Rio

That Man From Rio is a 1965 vintage Hungarian movie poster designed by Crescencia Zelenak.

That Man from Rio (French: L'Homme de Rio) is a French/Italian international co-production 1964 adventure film directed by Philippe de Broca and starring Jean-Paul Belmondo and Françoise Dorléac. It was the first film to be made by the French subsidiary of United Artists, Les Productions Artistes Associés. The film was a huge success with a total of 4,800,626 admissions in France, becoming the 5th highest earning film of the year.

This fast-moving spoof of James Bond-type movies features striking location photography by Edmond Séchan of Rio de Janeiro, Brasília, and Paris. At the 37th Academy Awards the film was nominated for the Oscar for Best Writing, Story and Screenplay. The story has been inspired by the series of comic albums The Adventures of Tintin. (source: wikipedia.org)