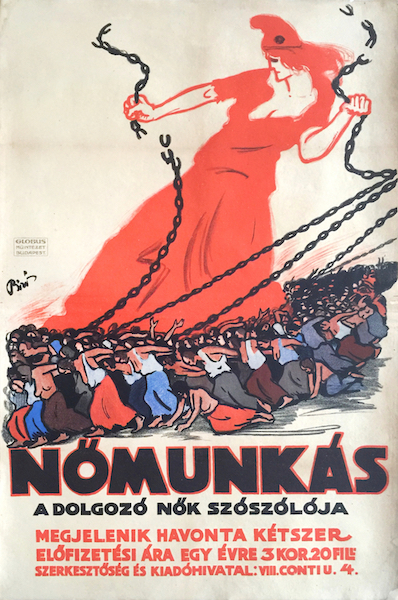 This is an important piece of historical propaganda for the women's suffrage movement. Woman Worker (Nomunkas in Hungarian) was a journal that was focusing on women's rights and women's participation in leftist, social democratic movements. On the other hand, the poster was also used as a propaganda poster on women's protest rallies in 1918 for women's suffrage and other women's rights. Evidence of this can be seen in the photo that is from a Biro exhibition catalogue, and showa a women' protest in 1918 with copies of the the Nomunkas poster behind the crowd.