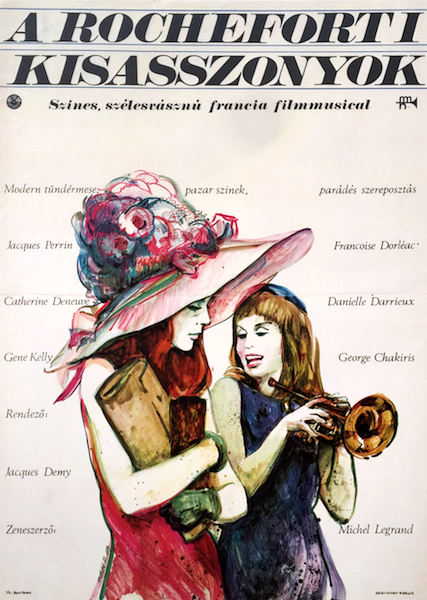 Young Girls of Rochefort, The

The Young Girls of Rochefort is a 1969 vintage Hungarian movie poster designed by Robert Muray.

Michel Legrand composed the score, to Demy's lyrics. The most famous songs from this film score are "A Pair of Twins" ("Chanson des Jumelles" in French) and "You Must Believe in Spring" ("Chanson de Maxence"). The film was nominated for Academy Awards for Best Original Score (Original or Adaptation). The film was also another big success for Demy in France with a total of 1,319,432 admissions. (source: wikipedia.org)