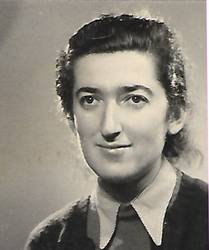 A member of the Révész-Wigner duo, a married couple, who worked together as graphic designers since the 1950s. They studied together at the Academy under György Konecsni and István Köpeczi-Bócz. Afterwards, they started to work together as freelance graphic designers. They frequently used “RW” as their signature on their works.