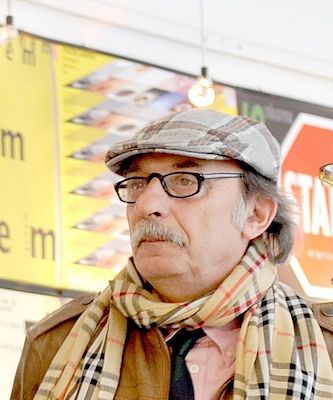 Gyula Molnár is a graphic designer and art teacher.

He graduated in the early 1970s, then he started to work as a graphic designer, designing posters for movies,  corporate brands, and exhibitions. His first posters are characteristic Pop Art works, later he switched to drawing and painting in a very detail oriented style.

Since 1989 he has been teaching at the Academy of Applied Arts, later was appointed the head of the Department of Visual Communication. In 1983 he designed a famous Hungarian travel poster, displaying an interesting emblem of the country.