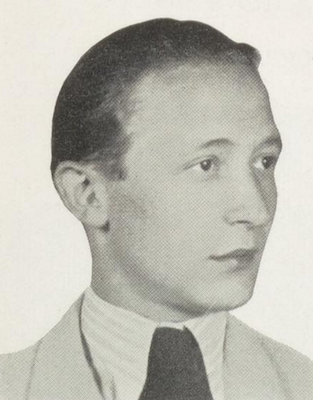 Lányi was a poster artist who was active during the 1930s. He designed modernist posters for commercial purposes.

Lányi applied the clear and powerful modernist poster style of the 1920s, which was developed in Hungary by Kassák, Bortnyik, Berény and Irsai. Lányi’s posters were not as meticulous as Bortnyik’s for example. He incorporated realistic drawn depictions of the advertised product. He often used a single strong color as background.

His poster for Pesti Napló (Pest Journal) is impressive with its clear design and intensive red color and the precise drawing of the newspaper. Lányi also designed an impressive poster for the famous Italian tobacco trademark Modiano, which shows his decorative approach. (The poster displays a man in a hat, lighting up a cigarette).