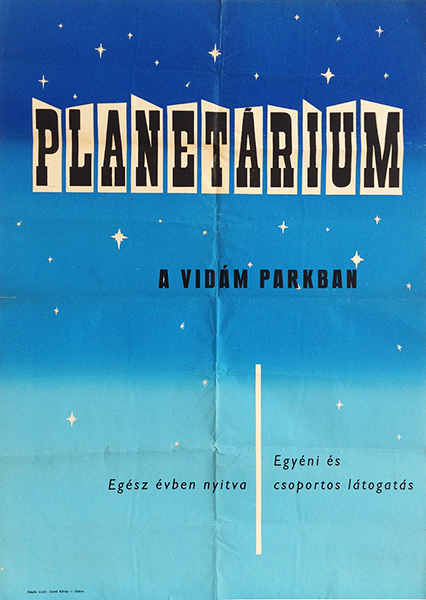 Planetarium in the amusement park

Minimalist poster for the planetarium. Until 1977 the Hungarian Planetarium was located in the amusement park, then it was moved to a new building. The poster projects tranquillity with its beautiful blue colour and the stars. The theme was very popular at the time, as the 1950s is generally considered the space age, beginning with the launching of Sputnik in 1957. People of the era were excited by the development in space studies and the scientific competition between the United States and the Soviet Union. Hence, institutions such as the Planetarium were very popular.