Albert Kner was one of the most influential modernist graphic designers in the 1920s and 1940s in Hungary. He was born into a famous printer dynasty. His father, Izidor Kner was the founder of a printing company in Gyoma, Hungary in 1882.

Albert proved to have great talent in the graphic design, and studied graphics from a private teacher. Then, after his military service, he continued his studies in Vienna and Leipzig. He created illustrations and book designs for the family firm’s products. He made woodcuts and designed numerous ex libris bookplates.

Later he became the art director at the Helikon printing firm in Temesvár, then  he moved to Budapest where he was leading the Hírlap printing company. In the 1920s and 1930s he created great modernist poster designs that applied basic colors and geometric shapes with block letters. His book covers and illustrations are just as high quality as his other works.

He preferred to use black and red in clear and well-crafted compositions. He applied photographic elements and photomontage in some of his works. Besides being a graphic designer, he worked as a lithographer, drawing other artists’ designs on the lithographic limestone.

From 1927, he was a member of the important Hungarian graphics journal, Magyar Grafika (Hungarian Graphics). In the 1930s he was among the founders of the Atelier art school together with the painter Dezső Orbán. A series of his modernist designs (business cards, advertisements, greeting cards, etc.) were published in the Hungarian Graphics Almanach in 1934 (Magyar Grafikai Almanach). 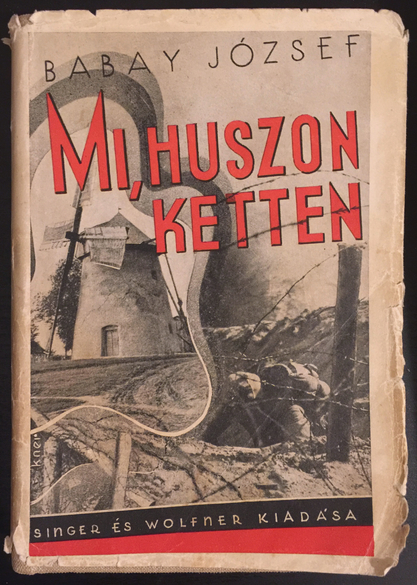