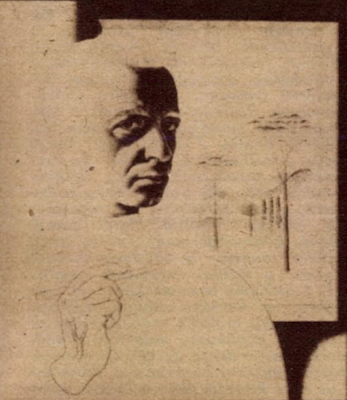 Csemiczky was one of the most important modernist graphic artists between the 1930’s and the 1950’s.

It is likely that Csemiczky was student of Sándor Bortnyik, he was studying in his private school “Műhely”, which was then widely recognized as the center of Bauhaus studies in Budapest. He followed the geometric, constructivist poster style of his master. His design won the poster competition for the 1929 Budapest International Fair. This design was used as the poster of the event, and it was very successful.

He and István Irsai were the two most important poster artists who continued to design posters in the modernist manner, to critical acclaim, after Bortnyik declared the end of modernist poster design in 1933. His posters use strong colors, flat shapes and modern typography. Csemiczky was working frequently for companies of the electronic equipment industry, for example Tungsram, Standard. He was very interested at the possibilities of modern technique, especially for the radio. He was writing essays about the radio as an effective tool for popular education, these essays were heard in the radio broadcast. Csemy was also the permanent illustrator of a major radio magazine called Magyar Rádióujság.

Besides beeing a graphic designer, Csemiczky also painted, mostly in the manner of Rome School (artist group of the 1930's who spent some time at the Hungarian Academy in Rome). He had a degree in pharmacy, and he even owned a small pharmacy in his hometown, Abony (he worked there by the end of the WW2).

Csemiczky preferred to use his own photos when creating photomontage designs, which show his talent in this field. He was the art director of several magazines, and he often published articles he wrote about art and science.