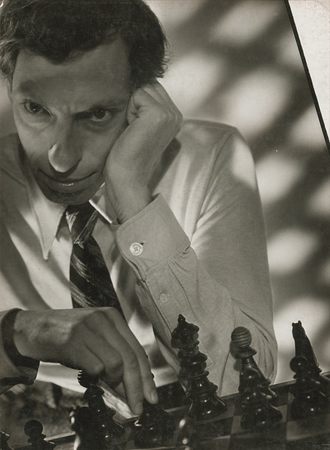 József Pécsi was an influential photographer and graphic artist.

He studied photography at the Academy of Munich, and he soon got several prizes as recognition of his work. He ran his own photo studio from 1911. In 1913 he opened the first photography school in Hungary. He made outstanding portraits of the famous personalities of the age, sensational avant-garde nude series, self-portraits, cityscapes. As for Modernist advertising photography, he was a pioneer. His pictures were published in numerous important western magazines, such as the English Studio. He continuously worked in the field of photography, and he became the most influential Hungarian advertising photographer of the era.

He was always able to integrate the newest tendencies in photography into his work, most importantly the principles of the New Objectivity movement or Kassák’s picture architecture. His famous book, Photo und Publizität - Photo and Advertising discussed the questions of the practical use of photography, photomontage and typography in advertising. The book includes numerous examples of photomontage advertisements for various products. He worked on advertising designs alone and with other artists, for example György Nemes. He was a member of the Magyar Könyv- és Reklámművészek Társasága (Hungarian Society of Book and Advertising Artists), and was among the exhibiting artists of their legendary exhibition in 1930.