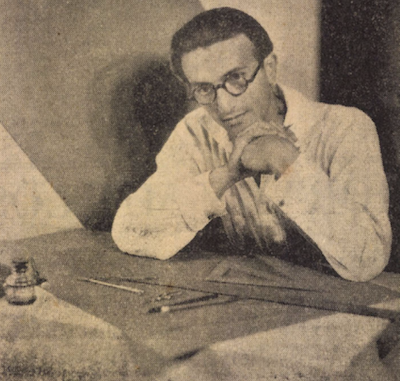 György Nemes was a graphic artist, active during the 1920s and 1930s. He studied at Műhely, the private school of Sándor Bortnyik which is often referred to as “the Bauhaus of Budapest”. Nemes was one of Bortnyik’s most talented pupils, and he learnt the Modernist graphics design theories. He had all the knowledge and talent to create outstanding modern poster designs. He reduced the color scale to basic colors, the forms to clear geometric shapes. In typography he usually chose very modern, small capital, block letters.