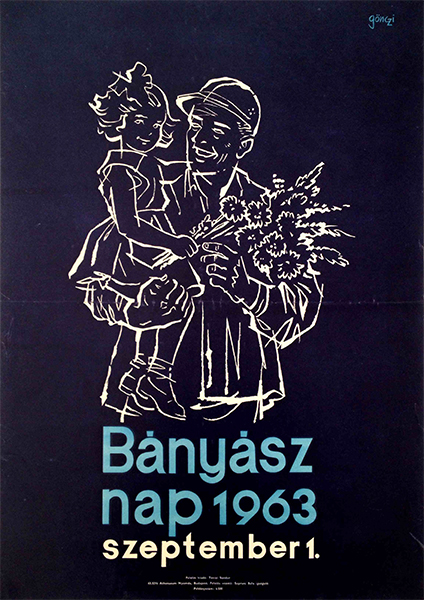 The poster advertises the Miner's Day which took place on September 1, 1963.  In Hungary the first Sunday of September is traditionally reserved for the Miners’Day celebration, however since the change of the system in 1989 it hasn't been celebrated.

The designer of the poster was a very prominent poster artist of his time who mainly designed travel posters in the 1960s as well as some propaganda posters. This poster has a miner as the central motive drawn by a simple white line on a black background. A miner, as well as any worker is a perfect symbol of the socialist ideology what praised workers and wanted to build a society based on them. To make the worker image less rough many designers used elements such as kids or flowers. Both of these are apparent on Gönczi's poster.