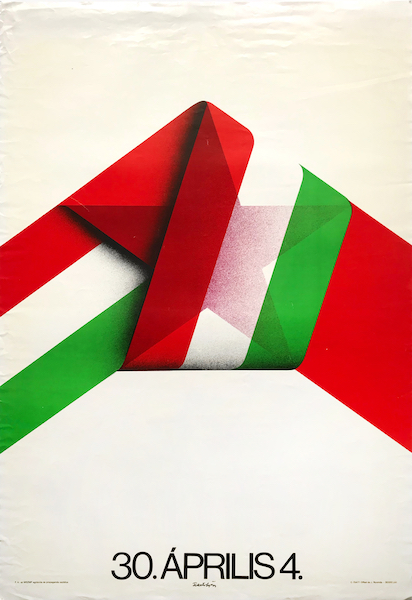 This poster celebrates the 30th anniversary of The day of liberation of Hungary or the Celebration of Liberation, which was the state celebration of the Hungarian People's Republic from 1950 to 1989, for the end of WW2. The holiday fell on April 4th, because according to the official position of that time, in 1945, the last German soldier left the territory of Hungary retreating from the advancing Soviet troops on this day.