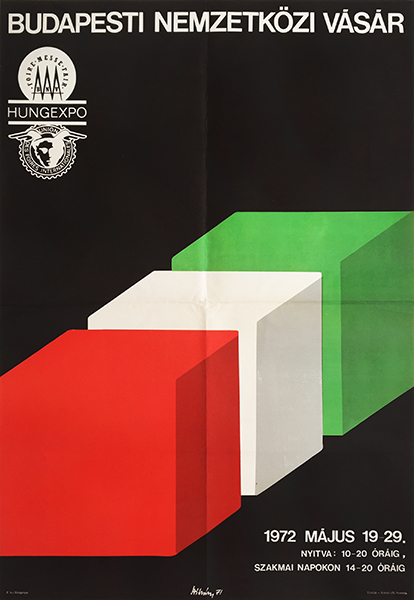 The composition is simple: the black background highlights the three cubes in the colours of the Hungarian tricolor: red, white and green. The cubes refer to the stalls of various nations placed next to each other on the fair held in the capital city of Hungary. A Hungexpo emblem appears on the top left corner. Hungexpo was the Hungarian export company, Budapest International Fair was part of it.