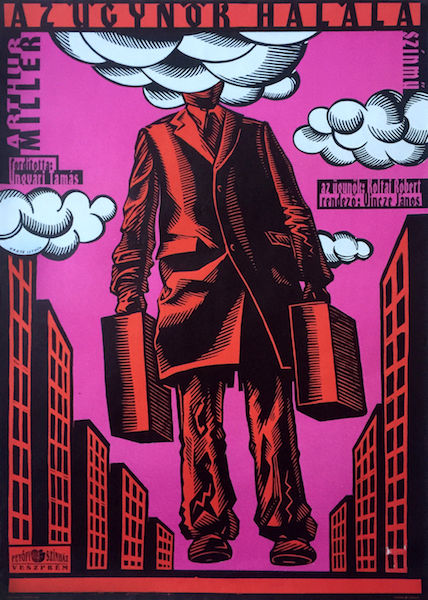 Death of a Salesman

Death of a Salesman is an original 1994 Hungarian theatre poster designed by Istvan Orosz for a Hungarian production of the play in the Petofi Szinhaz in Veszprem, directed by Janos Vincze and translated by Tamas Ungvari. Robert Koltai played Willy Loman.

Death of a Salesman is a 1949 play written by American playwright Arthur Miller. It was the recipient of the 1949 Pulitzer Prize for Drama and Tony Award for Best Play. The play premiered on Broadway in February 1949, running for 742 performances, and has been revived on Broadway four times, winning three Tony Awards for Best Revival. It is widely considered to be one of the greatest plays of the 20th century. (source: wikipedia.org)