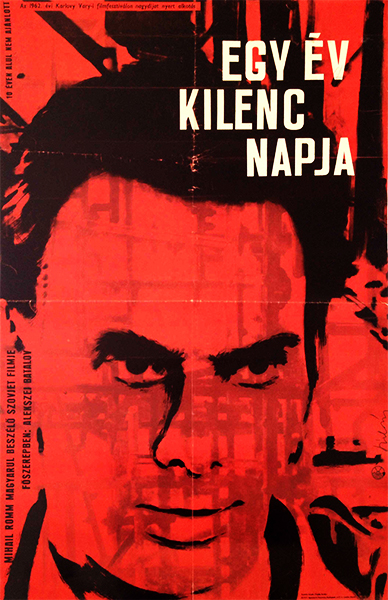 Nine Days of a Year

Nine Days in One Year (9 dney odnogo goda) is a 1962 Soviet black-and-white drama film directed by Mikhail Romm about nuclear particle physics, Soviet scientists (physicists) and their relationship. The film won the Crystal Globe Award in 1962.

Two young scientists are exploring new fields of nuclear physics. Dmitry Gusev and Ilya Kulikov are good friends, but rivals in love. Dmitry marries Lyolya and they live happily together. Luck has it that he makes an important discovery. Unfortunately he exposes himself to radioactivity during the experiments. As a result he falls seriously ill. However Dmitry has a strong spirit. His will to live, the deep passion for his work and his strong love for mankind makes it possible for him to recover.