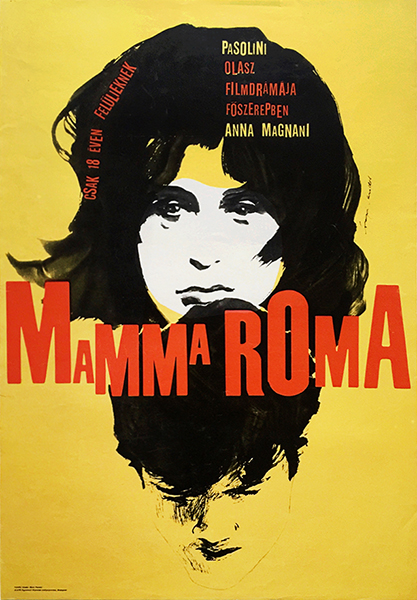 Fine. Creasing along the surface and a small tear on the top border

Impressive poster for the Italian drama, Mamma Roma, directed by Pier Paolo Pasolini. The painted composition depicts the two main characters of the film, the mother who is an ex prostitute and her son whom she finds hard to handle.

An ex-prostitute, Mamma Roma (Anna Magnani), tries to start a new life selling vegetables with her 16-year-old son Ettore. When Ettore later finds out that she was a prostitute, he succumbs to his dark side and stops doing his duties. He later carries a petty theft of a radio in a hospital and goes to prison. Meanwhile, Mamma Roma is struggling to raise his son the best way possible and build a new life for both. (source: wikipedia.org)