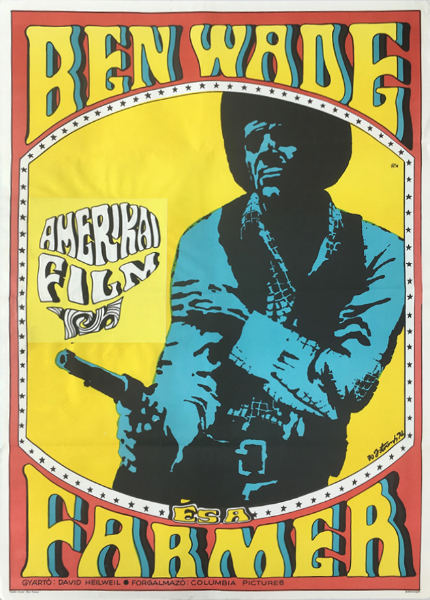 3:10 to Yuma is a 1957 American Western film starring Glenn Ford and Van Heflin and directed by Delmer Daves. The film was based on a 1953 short story by Elmore Leonard. The film is about a drought-impoverished rancher who takes on the risky job of taking a notorious outlaw to justice. In 2012, the film was selected for preservation in the United States National Film Registry by the Library of Congress as being "culturally, historically, or aesthetically significant".

The title song, "3:10 to Yuma", was by George Duning (music), with lyrics by Ned Washington and was sung at the beginning and end of the film by Frankie Laine. He recorded it for Columbia Records in 1957 (with the Jimmy Carroll Orchestra) and in 1960 (with the Johnny Williams Orchestra). It was also recorded by Sandy Denny in 1967. The film was remade in 2007, directed by James Mangold and starring Russell Crowe and Christian Bale. (source: wikipedia.org)