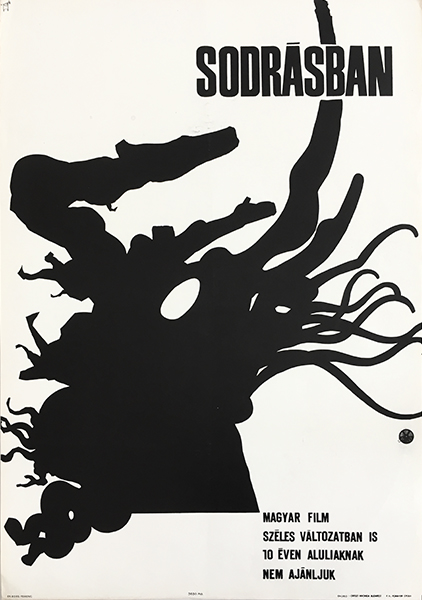 The film takes place on a hot summer day. Six young men and two young women meet at the beach beside a deep river. After a while they go for a swim. At a point where the river is 8 meters deep, one of the boys gets the idea of diving to the bottom, and to bring up a handful of clay as a proof of the feat. The others follow his example. Back on dry land one of the girls suddenly wonders where Gabi is. When they figure out that no one has seen him coming up from the river, they get worried. Gabi's clothes are still on the beach, and they start searching for him along the banks and in the water. Finally they have to call the police, who start dragging the river. The corpse isn't found, and the following days Gabi's friends display different reactions to the loss. Some had unsettled matters with him, which now never can be solved. Some have already started to forget his face. At the third day the body is found. Summer is gone, and the circle of friends disbands. Some go to a bigger city for studies, while others have to stay in the small town and work. Left alone in inconsolable grief is Gabi's grandmother. Gabi's father died a long time ago, and now she has lost also her grandson, her only remaining support and joy in life. (source: imdb.com)

The atmosphere of the poster really fits the plot of the film.