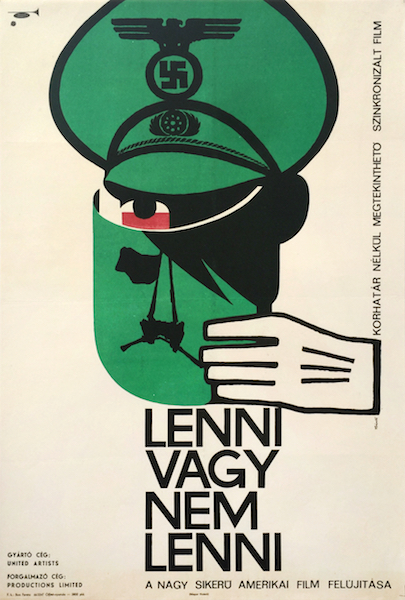 To Be or Not to Be

To Be or Not to Be is a 1966 vintage Hungarian re-release movie poster designed by Laszlo Banki.

To Be or Not to Be is a 1942 American comedy directed by Ernst Lubitsch, about a troupe of actors in Nazi-occupied Warsaw who use their abilities at disguise and acting to fool the occupying troops. It was adapted by Lubitsch (uncredited) and Edwin Justus Mayer from the story by Melchior Lengyel. The film stars Carole Lombard, Jack Benny, Robert Stack, Felix Bressart, Lionel Atwill, Stanley Ridges and Sig Ruman. The film was released two months after actress Carole Lombard was killed in an airplane crash. The title is a reference to the famous "To be, or not to be" soliloquy in William Shakespeare's Hamlet. (source: wikipedia.org)