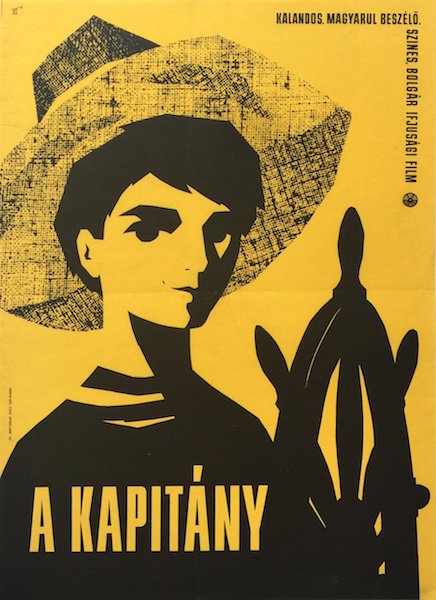 The Captain is a 1964 vintage Hungarian movie poster.

This Bulgarian film was released in 1963 and directed by Dimitar Petrov and starring Rayko Bodurov, Yanush Alurkov and Eduard Shahpazyan.

The action takes place in a summer camp. The children are obsessed with the idea of building a ship, which would take them on journeys along the river. While working on the ship, however, the group splits into two camps and pointless struggle for power and authority breaks out between their leaders. Work on the ship comes to a halt. In this rivalry one boy loses his prestige and is abandoned by his friends. Left alone he becomes aware of his mistakes he has made and realizes he can accept the other boy as leader. (source: imdb.com)