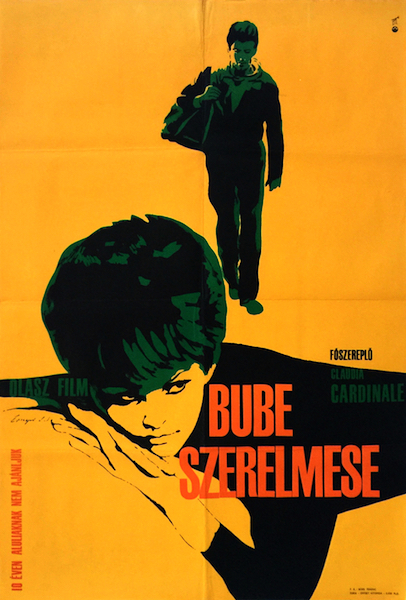 La ragazza di Bube is a 1963 Italian crime film drama directed by Luigi Comencini and starring Claudia Cardinale and George Chakiris. In terms of plot the film is a relatively faithful adaptation of Carlo Cassola’s 1960 novel La ragazza di Bube; but its atmosphere is distinctly different, as the protagonists Mara and Bube, adolescents in the book, are interpreted here as young adults. The film was nominated for a Golden Bear Award at the 14th Berlin International Film Festival and won best production at the David di Donatello Awards. Claudia Cardinale was awarded the Nastro d'Argento for Best Actress (Migliore Attrice Protagonista) by the Italian National Syndicate of Film Journalists for her performance in the role of as Mara. The film was released in the United States in 1964 with the title Bebo's Girl. (source: wikipedia.org)