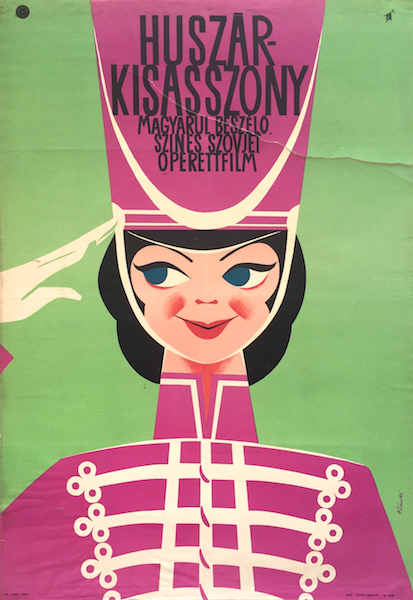 The Hussar Ballad (Russian: Гусарская баллада, translit. Gusarskaya ballada) is a 1962 Soviet musical film by Eldar Ryazanov, filmed on Mosfilm. In effect, it is one of the best loved musical comedies in Russia.

With most of its dialogue delivered in verse, Ryazanov's script romanticizes the adventures of Nadezhda Durova during the Napoleonic wars. The swift paced, action packed, humor filled adventure is ingeniously mixed with light-hearted acting bravado and memorable operetta pieces. The film's musical score and songs were written by Tikhon Khrennikov.

The film is based on the play A Long Time Ago by Alexander Gladkov.

The film proved so popular with Soviet audiences that poruchik Rzhevsky became quite a folklore character, featured in numerous jokes.