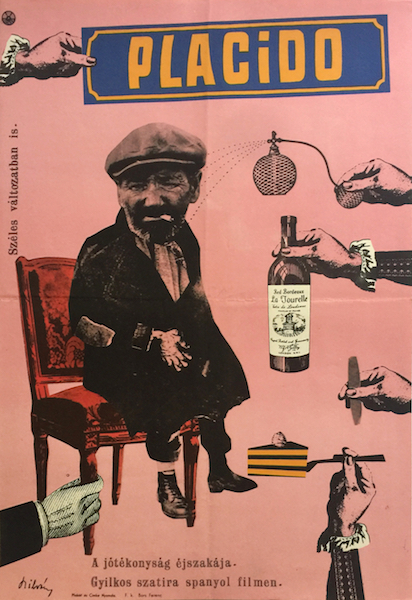 In a small spanish town, a group of old ladies decide to celebrate Christmas Eve with a "Sit a poor man at your table" dinner: each wealthy household of the town will have a homeless person dining with them that night. The celebrations also include a parade, and in it we find Plácido, the humble owner of a three-wheeler, whose family is forced to live in a public lavatory because of the lack of money to pay the rent, and who has to pay the second bill of his vehicle before midnight or else he will lose it.