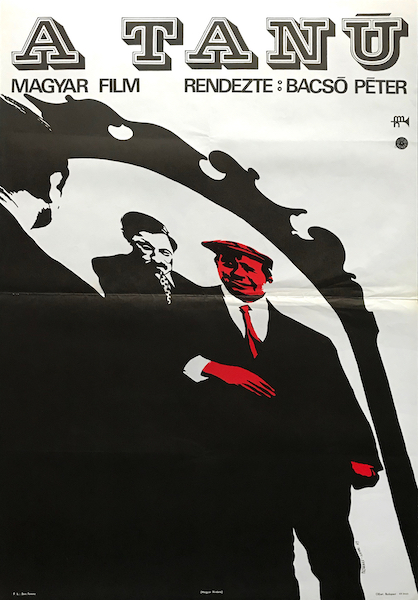 The Witness is a 1969 vintage Hungarian movie poster designed by Jozsef Pecsenke and Karoly Schmal.

The Witness (Hungarian: A tanú, also known as Without A Trace), is a 1969 Hungarian satire film, directed by Péter Bacsó. The film was created in a tense political climate at a time when talking about the early 1950s and the 1956 Revolution was still taboo. Although it was financed and allowed to be made by the communist authorities, it was subsequently banned from release and grew a cult film following among the population. As a result of its screening in foreign countries, the communist authorities eventually relented and allowed it to be released in Hungary. It was screened at the 1981 Cannes Film Festival in the Un Certain Regard section. (source: wikipedia.org)