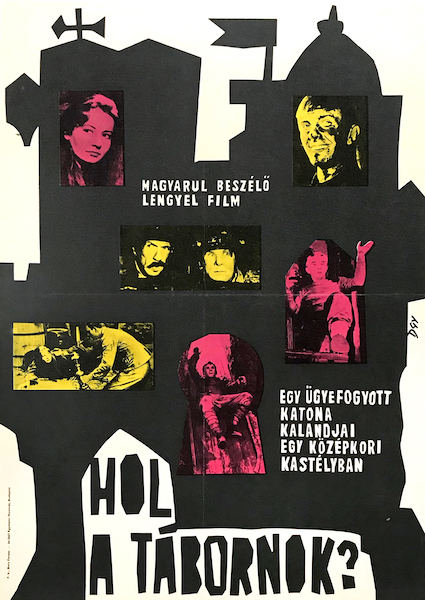 Where's the General? is a 1964 vintage Hungarian movie poster designed by Gyorgy Deak.

Waclaw Orzeszko is unlucky soldier. Nobody from the platoon likes him. One day he decided to go away from platoon. At the castle he meet Russian soldier Marusia. At this time German forces came at the castle. They must hide. But there is also second problem. Waclaw's platoon had to find deserter. Polish Soldier close to the castle.