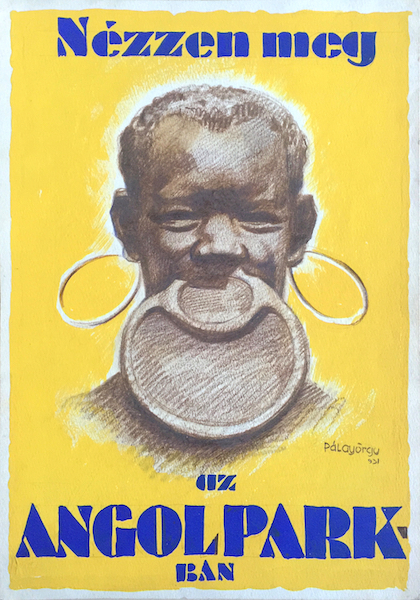 Human zoos, also called ethnological expositions, were 19th-, 20th-, and 21st-century public exhibitions of humans, usually in a so-called natural or primitive state. The displays often emphasized the cultural differences between Europeans of Western civilization and non-European peoples or with other Europeans who practiced a lifestyle deemed more primitive. Some of them placed indigenous populations in a continuum somewhere between the great apes and Europeans. Ethnological expositions have been extensively criticized and ascertained as highly degrading and racist, depending on the show and individuals involved. (source: wikipedia.org)

The African Sara Kaba tribe were showcased in a number of cities in the western world. Sometimes incorrectly referred to as "Ubangi," the Sara Kaba were famous for their use of lip plates, and were brought to be showcased in Budapest in 1931. They were at the Berlin Zoo as part of a Human Zoo exhibit the same year.