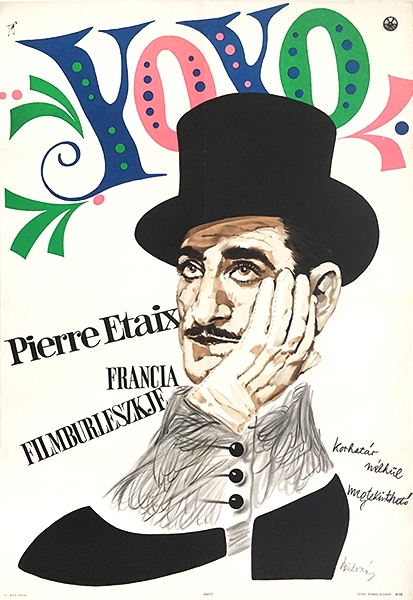 This story begins in 1925. A wealthy man can have anything he wants as witnessed by what he asks his mansion-full of servants to do for and with him. But he's not totally satisfied in his life as he longs for the only woman he's ever loved, a woman named Elle, her whereabouts of which he has no idea. One day, he notices a traveling circus passing by. As a man who loves to be entertained, he follows the circus and finds Elle among its troupe, and the son he never knew he had. After the 1929 stock market crash, the man loses his vast fortune, and thus is free to join the circus with Elle. He dotes upon his son, who they nickname Yo Yo, as the yo-yo is perhaps the man's favorite toy. Under his father's tutelage, Yo Yo grows up to be an accomplished circus clown and magician. As Yo Yo grows into adulthood, he longs to restore his father's mansion to its former glory. Through WWII and the advent of television which changes the entertainment landscape, can he accomplish such working as a circus clown?Director: Pierre Étaix