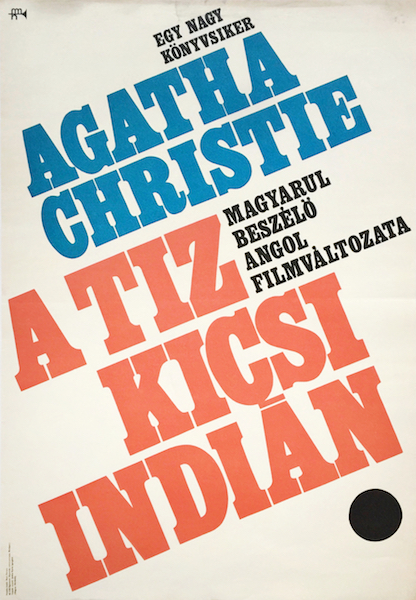 Agatha Christie: Ten Little Indians is an original 1968 Hungarian vintage movie poster for a British film with a typographic design.

Ten Little Indians (1965) is the second film version of Agatha Christie's detective novel of the same name. Although its background story is the same as the 1945 adaptation (And Then There Were None), with ten people invited to a remote location by a mysterious stranger, this one takes place on an isolated snowy mountain. This version is also the first adaptation of the novel to show the murders on screen. Actor Christopher Lee (uncredited) provided the pre-recorded gramophone voice of "Mr. U.N. Owen". (source: wikipedia.org)