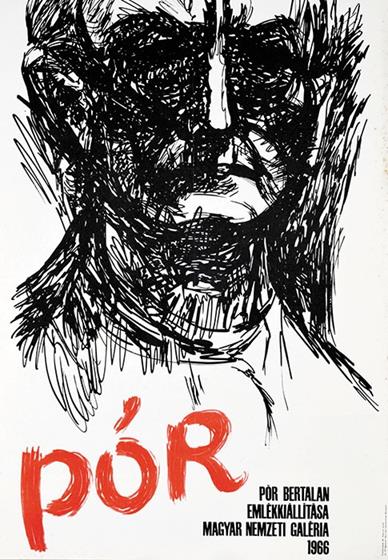 The memorial exhibition of Bertalan Pór which was held in the Art Gallery in 1966. He was a Hungarian painter who lived from 1880 to 1964 and was active during the first half of the 20th century.

He started his career as a portraitist and the human figure always remained important throughout his oeuvre. This poster depicts his own portrait in a strongly emphasized graphical design.