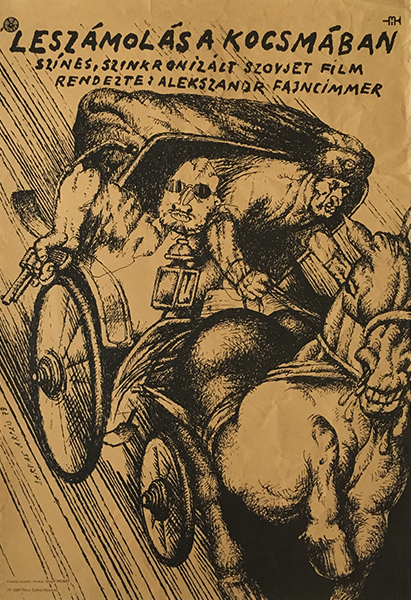 Eating-house on Pyatnitskaya, The

The powerful poster for the movie's Hungarian release was designed by Árpád Darvas. Unlike many of his posters, this one isn't so colourful. This time he employed other techniques to make the composition intense and impressive. The dynamic drawing creates the atmosphere of rushing as well as the horse's head being out of the image. It seems that it is too fast to get captured. The muscular body of the animal, the carriage and the passangers are drawn with great detail. The speed and the man holding a gun make the viewer suppose that they are running  away from a crime scene.